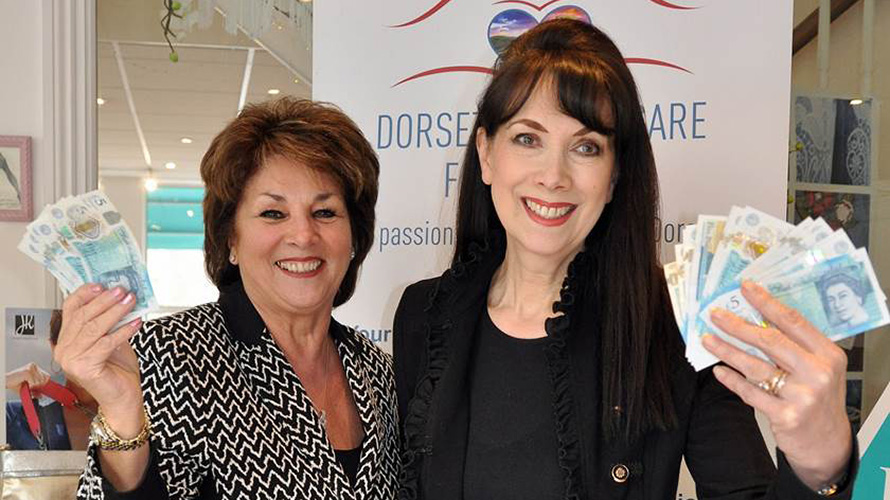 DCCF has launched a High Five Appeal and is asking people to donate a fiver or more to help it realise a target of £25,000 in 12 months.

Irenè lost her husband Bill to cancer in February 2018.

She said: “Bill received extraordinary care during his final months and I know he would have been very pleased to know that the money we raised in his honour will be going to help other Dorset families who are affected by cancer.”

Meryl Ponsford, a trustee of Dorset Cancer Care Foundation said: “I had the great pleasure of attending the event and was bowled over by the kindness and support shown by Irenè’s customers.

“Irenè’s donation will make a real impact on our High Five Appeal, which has already topped £80,000 in just three months.”

If you would like to support Dorset Cancer Care Foundation with a donation, by holding your own High Five fundraising event, or if you know someone who may need the help of the charity, please telephone: 07593 890879.