Elena’s haircut supports cancer charity which has helped her grandmother 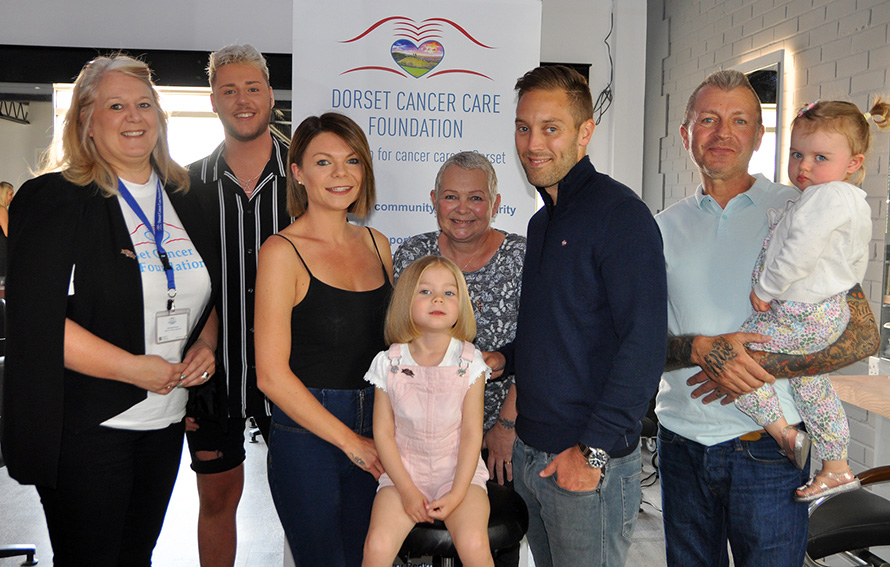 Four-year-old Elena Augusti had her long hair chopped into a cute bob to help the local charity which supported her grandmother during cancer treatment.

Elena from Bournemouth, had her hair cut for free at Revel Hair in Wallisdown, and has already raised almost £1500 in sponsorship for Dorset Cancer Care Foundation (DCCF).

Elena’s mum Cerise said: “When Elena said she wanted to have her hair cut like mine I suggested we use it to help people who are poorly like her nanny and she was very excited by the idea.

“She doesn’t know the full extent of her nanny’s illness, but she is completely devoted to her and mum was obviously very emotional when she told her what she was planning to do.”

Three years ago, Elena’s grandmother Julia Coward was diagnosed with stage four terminal cervical cancer at the age of just 48.

Cerise continued: “At the time she and my dad Neil were living in temporary accommodation.

“When they looked around for somewhere to rent within distance of the hospital where she would be having treatment they realised they just weren’t going to be able to afford the huge prices.”

Thankfully Dorset Cancer Care Foundation (DCCF) was able to help with the cost of suitable accommodation, which took some of the massive stress away from the family.

DCCF was set up in 2012 and its supporters raise money to fund grants for local families affected by cancer.

Cerise set up a JustGiving page to ask friends and family to sponsor Elena’s haircut by donating to DCCF.

Cerise said: “A silent raffle for the shirt raised £251 and the money just keeps on coming into JustGiving. We aimed to raise £500 but we went past that in 24 hours and we are now close to the £1500 mark. Everyone has been so generous.”

Julia held her granddaughter’s hand throughout her cut and the two admired the new style in the mirror afterwards, with Julia describing Elena as: “Beautiful! – inside and out.”

Elena’s long hair will be donated to the Little Princess charity which makes wigs for children and young people who have lost their hair through illness.

Amber Grant, owner of Revel said: “We were pleased to cut Elena’s hair for free. We donate to DCCF every month. It’s a great charity.”

DCCF Fundraiser Nikki Davies-Thomas said: “DCCF was set up to help ease the financial burden of people like Julia – and seeing her together with her beautiful granddaughter Elena, doing such a lovely thing to help DCCF has been truly wonderful.”

Elena can still be sponsored via link https://www.justgiving.com/fundraising/cerise-augusti 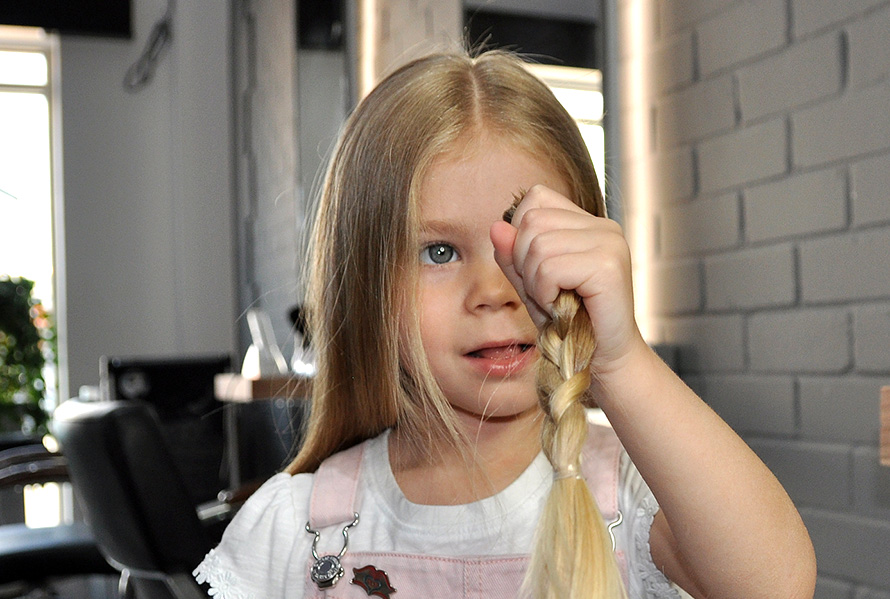 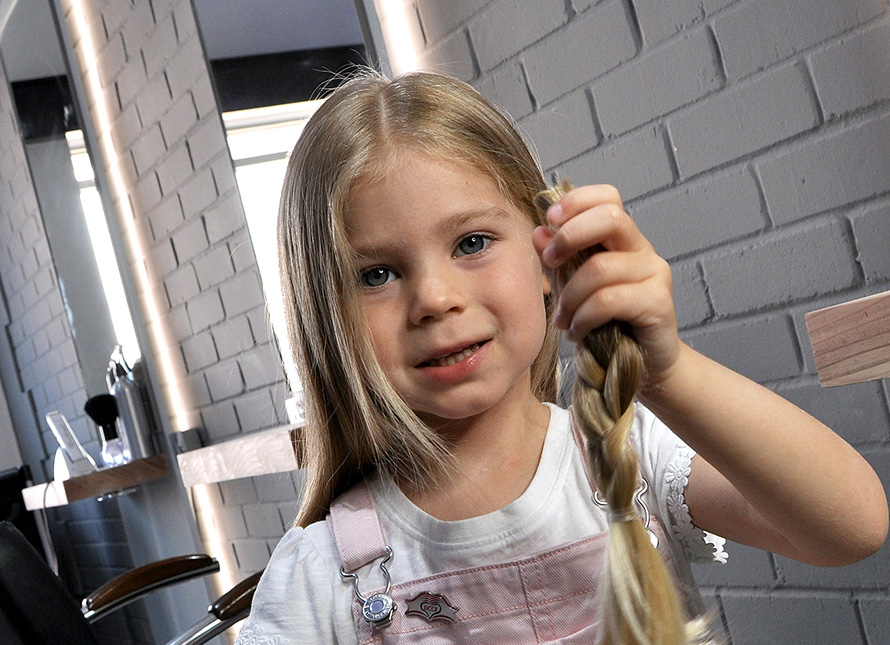 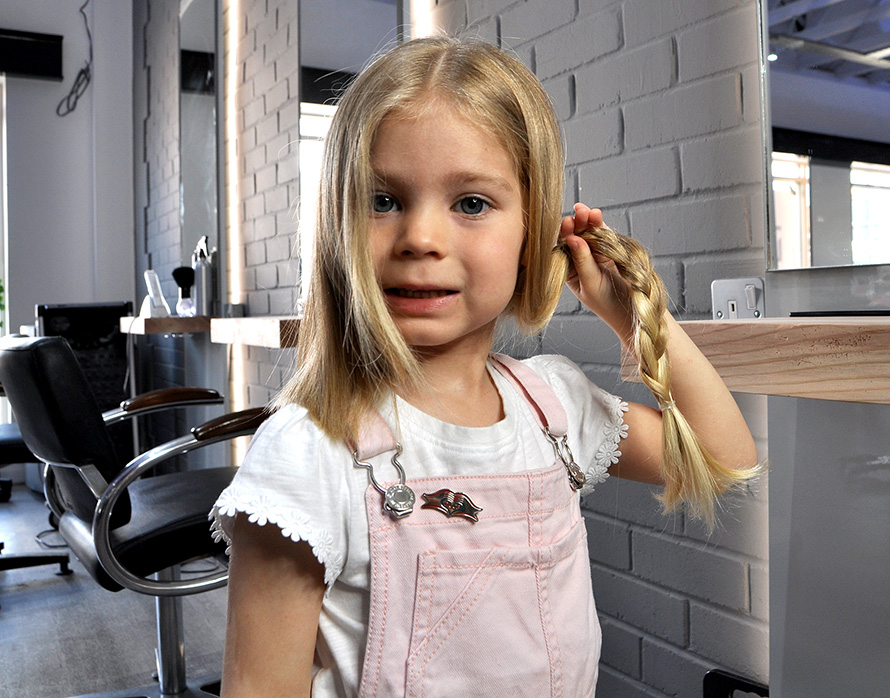 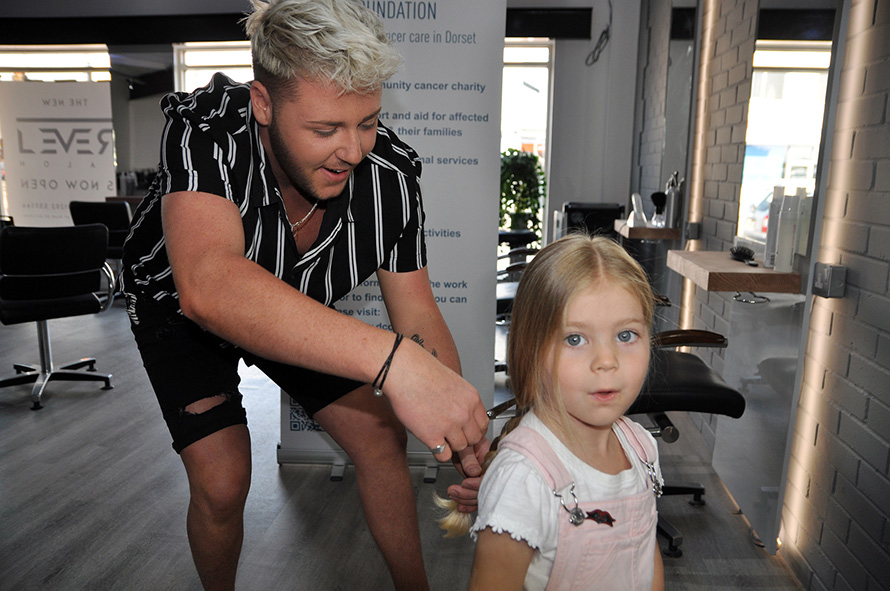