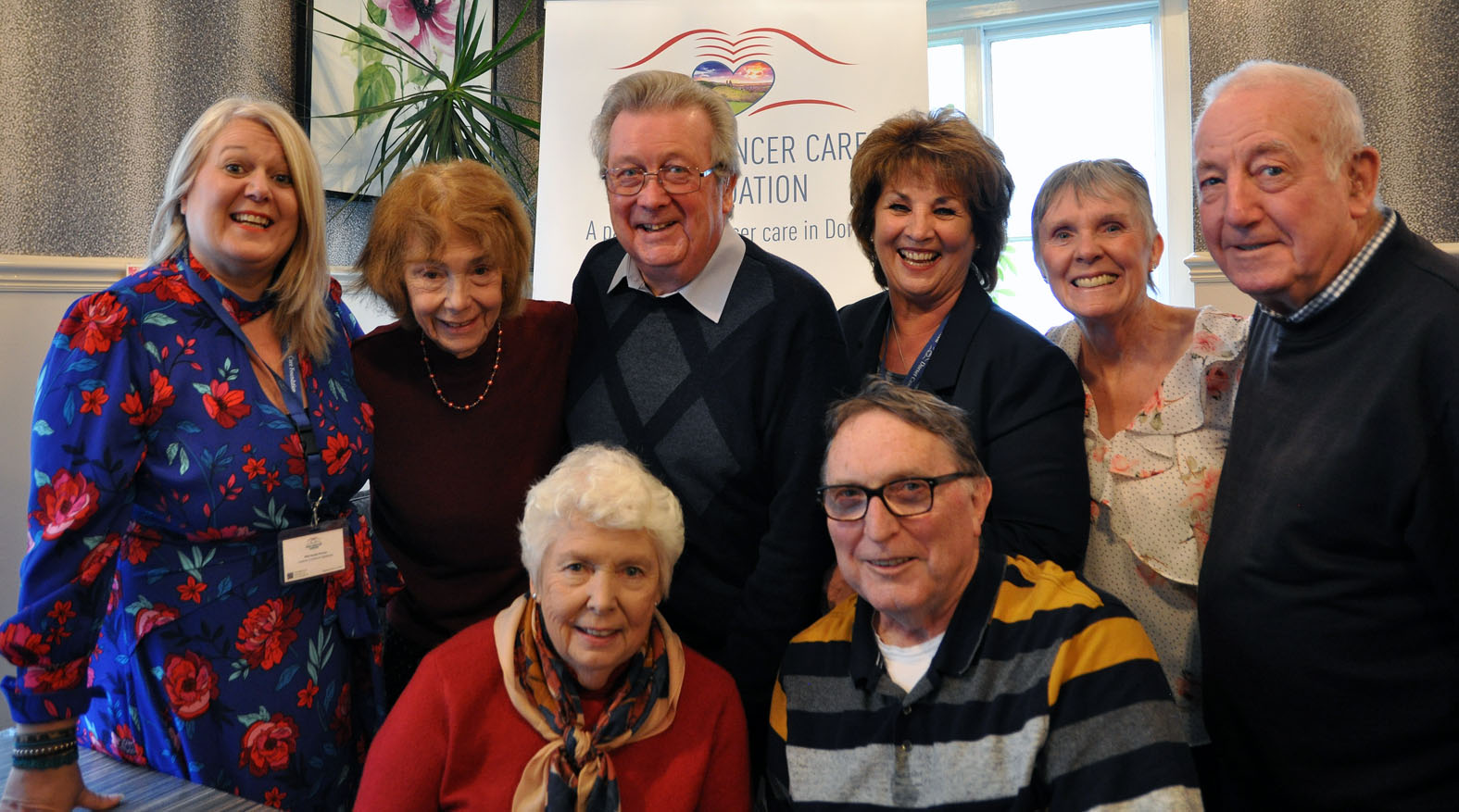 The Dorchester-based SemiColons Bowel Cancer Support Group is scaling down its fundraising and have split their remaining assets between Dorset Cancer Care Foundation (DCCF) and Dorset County Hospital. Pictured: SemiColons Secretary Richard Foad (back row, third from left), Meryl Ponsford, Trustee of Dorset Cancer Care Foundation (back row, fourth from left) and supporters of both groups

The tongue in cheek-named ‘SemiColons’ Bowel Cancer Support Group may be scaling down its fundraising, but it’s legacy is set to help many more of the county’s cancer patients through DCCF.

SemiColons was started by bowel cancer, specialist nurses at the Dorset County Hospital in Dorchester in the earlier noughties and provides much-needed support to patients and their families, as well as fundraising for the colorectal cancer department.

With most of its members now in their later years, SemiColons has made the decision to meet monthly, purely as a support group. And has donated half of its remaining financial assets to the Dorset Cancer Care Foundation (DCCF). 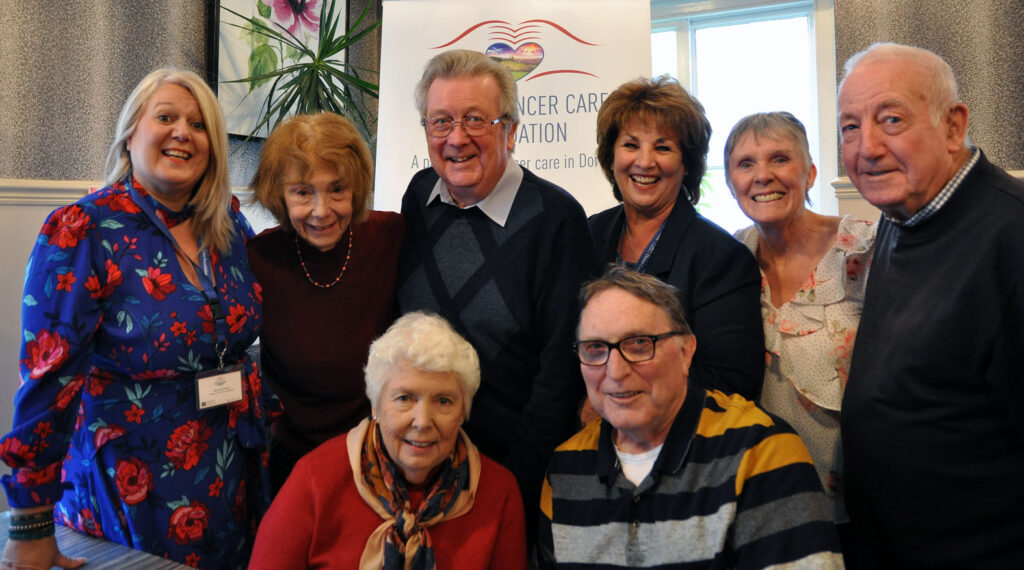 The Dorchester-based SemiColons Bowel Cancer Support Group is scaling down its fundraising and have split their remaining assets between Dorset Cancer Care Foundation (DCCF) and Dorset County Hospital. Pictured: SemiColons Secretary Richard Foad (back row, third from left), Meryl Ponsford, Trustee of Dorset Cancer Care Foundation (back row, fourth from left) and supporters of both groups

SemiColons Secretary Richard Foad, explained: “The money raised by the SemiColons has assisted patients in a variety of ways, from paying their travel costs and for any necessary equipment not provided by the NHS, to paying specialist nurses’ expenses in attending specialist/colorectal courses and training days and in promoting the group’s aims of care, support and advice in the Dorchester area and public education.

“Despite our scaling down of activities to a monthly coffee club we will continue to supply advice and support to anyone affected by bowel cancer and related illnesses.”

Richard asked the nurses at Dorchester hospital if they could recommend another local charity which might benefit from the SemiColons’ remaining assets and Colorectal Nurse Specialist Julie Lane, suggested DCCF.

He said: “We were impressed to hear how DCCF is helping people with cancer across the county to cope with the financial strains upon them and are glad that half our hard earned funds will be assisting Dorset families in this way.”

DCCF Trustee Meryl Ponsford and Administrator/Fundraiser Nikki Davies Thomas went along to the Walnut Grove Coffee Shop in Dorchester to meet members of the SemiColons and to receive their donation of £2320.

Meryl said: “We were absolutely over the moon to hear the group had chosen us to benefit from their funds. This sizeable amount of money will go into our High Five appeal, which was launched in October and aims to raise £250,000 in the next 12 months.”

She continued: “DCCF, like the SemiColons, helps people through the dark times of cancer.

“Financial worries can be a huge burden, especially when you are having treatment for cancer, so we give grants to help people pay for

everything from household bills when they cannot work, to childcare, transport costs to and from hospital and much needed short breaks.

“We would love to hear from people in west Dorset who need our help, or, whom would like to join us as supporters or fundraisers and help us raise money through the High Five campaign.

“As well as making sure the SemiColons donation is used to help as many people as possible, we hope to form a long standing relationship with them going forward, so we can reach out to as many people in west Dorset as we can.”