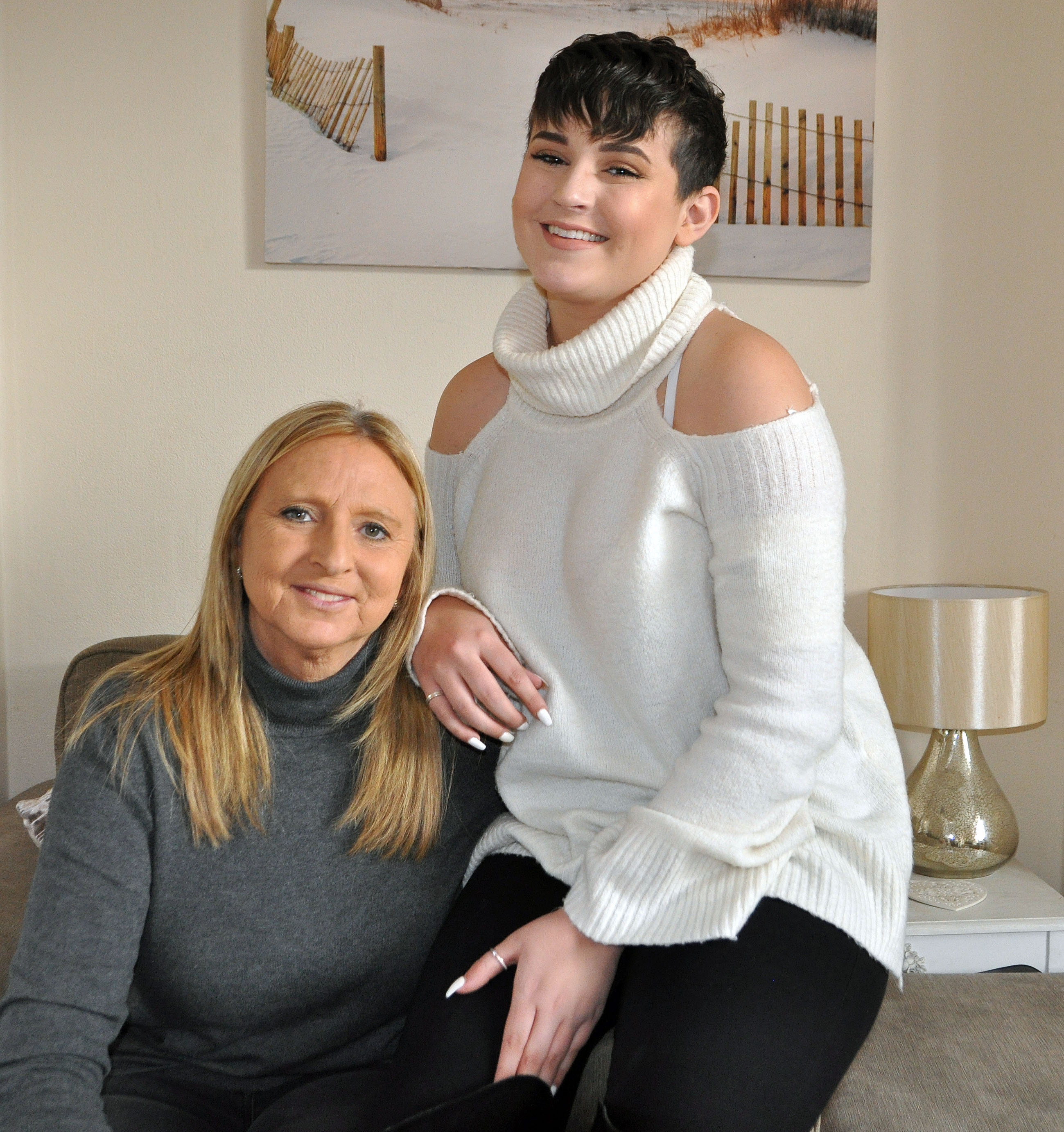 A 20-year-old Poole woman who was diagnosed with cancer just a few months after undergoing a liver transplant, has told how DCCF stepped-in to stop her family spiralling into debt.

Sophie Houghton-Hinks learned she had Post-Transplant Lymphoproliferative Disorder – a type of non-Hodgkin’s lymphoma – five months after her transplant.

During the next six months in hospital, Sophie’s single mum Julie lost her job and was soon facing mortgage arrears.

Now Sophie and her mum are urging people to help DCCF support more local families struggling financially because of cancer by donating £5 to its High Five campaign.

Sophie was just 16 when she was diagnosed with an autoimmune disease – Primary Sclerosing Cholangitis, which can lead to liver damage and scarring (cirrhosis).

Within 18 months she suffered liver failure and underwent a transplant at the Royal Free Hospital in London.

But just five months later, she and her mother Julie received the news she had Post-Transplant Lymphoproliferative Disorder – a type of non-Hodgkin’s lymphoma caused by the transplant procedure.

Julie said: “We were in complete shock at first and then absolutely devastated.

“I had had breast cancer a few years ago and my mum had died of cancer on the day of Sophie’s transplant. I thought the new liver was the end of a difficult few months, but when the cancer was diagnosed, I just thought: “Why her? Why Sophie? How can all of this happen to an 18-year-old?”

Sophie had six months of chemotherapy. But severe side effects meant she was an in-patient throughout and saw her admitted into intensive care twice.

Julie said: “The costs started racking-up immediately. I had had to give up my job as a dental receptionist to be with Sophie. I had no income and I had already had three weeks off work unpaid during the liver transplant.”

She continued: “I had to pay £350 a week for accommodation to be close to the hospital during Sophie’s transplant. Following her cancer diagnosis, I was back in London and once again having to pay for accommodation until I was able to sleep on the hospital ward. Friends helped and so did my elderly father, but the mortgage and bills were mounting up and I was sick with worry that we would lose our home.”

DCCF was set up in Poole five years ago and awards grants to help Dorset-based cancer patients afford transport to and from hospital, specialist equipment, and household bills.

Julie said: “DCCF contacted me and said they would cover my mortgage payments for a few months to take away that worry from me.

“I can’t put into words what that felt like. The relief was simply enormous.”

Sophie left hospital on April 12th 2018.  But despite being in remission, she has ongoing health issues including Auto Immune Neutropenia, which makes her especially susceptible to infection – dashing her hopes of a career in nursing and making even simple shopping trips potentially hazardous.

She also has four-weekly hospital appointments at both UCLH and the Royal Free Hospital in London.

Sophie said: “I know there are times when Mum is worried sick about how we will cope financially and it makes me feel helpless.

“DCCF have been amazing and Mum and I were thrilled to help at a recent fundraiser for the charity, to show our thanks.

“Our problems aren’t going to go away,” she continued. “But we are hoping our story will highlight the financial pressures cancer can cause  and might encourage people to give to DCCF’s High Five appeal so they can help even more local families which are struggling.”

DCCF would also like to hear from Dorset cancer patients who might need its support. An application is simple and if successful, help is available very quickly.

Sophie’s story has recently been featured in Business in Dorset